The latest marketing webinars from Forecast

The Engineering team at Forecast has grown hugely since the company started back in 2016 in Copenhagen and has been the brains behind how we roll out what our customers know and love. We talked to Frank, Senior Developer and Tech Lead at Forecast about his love of all things development, the importance of diversity in tech, and what he and the team are working on right now.

You’ve been in tech for a long time. How did you begin?

I started my career back in 2000 and I’ve always been a hands-on developer at heart, just using lots of different technologies along the way. My first development job was at a small company that sold high-end globes and atlases - quite different to next-gen project management software!

From there, I ended up joining a small start-up of less than ten people at the time as a developer which grew quickly over the years I was there, culminating in their acquisition by the Danish software & services giant KMD. That small start-up was actually where I first met Damantha Boteju, our CTO here at Forecast, and it’s good to be working with him again! I eventually moved into a Head of Delivery role, responsible for around fifty team members including developers and DevOps. It was a really rewarding role, seeing what we all built together to get to this point and I’m proud of what we delivered on.

How did you end up moving to Forecast?

After leading a team, I felt like it was time to get back to my original love which is being really hands-on in development. I love being creative, problem-solving, and getting involved in technology, so having a cool tech stack was really important to me and an absolute must-have in my next company. Right away I liked this about Forecast - our tech stack is modern and we actually get to make suggestions that are implemented. If someone thinks something could be done better with a new tool or technology, we try it out.

Just as important as the tech stack though, was Forecast’s commitment to diversity. I feel very strongly about the need for tech to be inclusive, diverse, and not become a homogenous environment of exactly the same backgrounds, thinking exactly the same way. When I first joined, Forecast had something like twenty different nationalities represented in around thirty employees which was really exciting for me and something very dear to my heart. Homogenous teams can lead to unintentional evil in tech which can be really impactful given how technology wraps around every aspect of our lives.

What does being a tech lead mean at Forecast?

We work in product teams at Forecast, comprised of a Product Manager, Tech Lead, Developers, two Product Designers, and a QA Specialist. As a Tech Lead, I have two important responsibilities. The first being around technical delivery - how do we deliver a good solution, that’s robust and scalable and works for customers. That needs to be planned out, and I lead that planning alongside Maria, my Product Manager in what’s more of a technical project management exercise.

The second is my more mentoring approach to other developers in the team, as a technical mentoring partner to help them grow and succeed. Everyone has a voice at Forecast, regardless of seniority. We all have the chance to input and share ideas. Outside of product team meets, we have a biweekly tech meeting where we share cool things we’re working on, ideas we want to try and new technologies that could be interesting. Some of those ideas have really taken off, like using Storybook to create a component library. Storybook has given us a platform to create a more uniform user experience because we now have high quality components instead of custom solutions. Our component library is still a work in progress, so something to share in a later blog!

What exciting tech projects are you working on at the moment?

Right now our team is working on creating new microservices for calculating and exposing resource numbers and financials. This is an exciting one as we use a serverless approach where we create loosely coupled functions, that together act as one microservice. This has been especially interesting for me as it’s the first time I’ve worked with serverless architectures professionally and I’m very excited about the scalability, separation of concerns, and general ease-of-use when working with it.

As part of this project, we’ve also worked a lot with making sure that data is returned fast to the user so we’ve worked a lot with both data structures and ensuring that our serverless functions, that read data up, have very little overhead and cold starts. We’ve come really far with it and definitely learned what works for us (and what doesn’t!) along the way.

There is something very satisfying about hooking up those new microservices into GraphQL and seeing our data graph return data from multiple microservices in one call that’s also very fast too.

In general, it's a real joy for developers to work at Forecast. We're always at the forefront of technologies. Couple it with a roadmap of exciting projects, and you won't find that passion and drive in any of the startups in Copenhagen.

BIMA X Forecast Event Highlights: How to Be a Post-Pandemic Agency 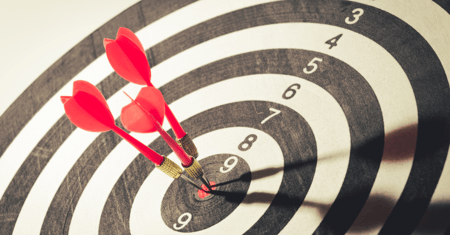 How to Ensure Project Success with Critical Success Factors

For businesses and projects to succeed, the line between success and failure must be made clear. But if you don’t have a clear idea of what success looks like, how do you know when you’ve succeeded?

What are OKRs? Find Success with Objectives and Key Results

It’s Not Just the Destination; It’s About the Ride! | Why I Joined Forecast