Most companies have culture statements or values. But, in many cases, if you were looking to see what they did to actually sure up and maintain those values, you’d be searching a long time. Not so with Forecast.

We’re spread across three countries, and yet we still manage to feel like a close, united group that cares deeply about each other while getting great work done along the way. You can see it from the way we talk to each other on Slack (shout out to the #furryfriendsofforecast channel where we share the love for each other’s pets!), to the way we celebrate each other’s wins.

This is a place where we believe in the importance of boosting each other up. That’s partly because we recognize that we’ve got a big job ahead of us, and we know it’s going to take resilience. But, guided by our values, we will all help each other get there.

Though Covid has made us quite accustomed to viewing our colleagues in a tiny, sometimes pixellated window on a screen, we knew that getting together in person would be the best way to affirm those vital team relationships and set the tone for the year ahead. That’s why the whole London team came to the beautiful and unseasonably sunny Copenhagen for two days of team-building in the original homeland of Forecast, Denmark.

For many of us, it was our first time meeting some of our colleagues in person - but you wouldn’t know it, based on the warmth of the welcome that was extended to us!

Celebrating the Past, Gearing up for the Future

After the meet and greet we kicked off the two-day long event with a keynote address from our founder and CEO, Dennis Kayser. 2021 was a huge year for Forecast. In addition to gaining our $19 million in Series A funding, the team grew by nearly 60 people (a number that is continuing to go up every month). We released a major feature in Baseline, and countless smaller features, updates, and integrations. The momentum is high coming out of such a successful year, and it shows no signs of slowing down.

We followed the keynote with breakout sessions between the different departments. And though our approach is generally pretty cross-collaborative in the day-to-day, it’s still great to create deliberate time for these kinds of conversations. It allows for perspectives to expand and ideas to be shared. Not to mention the fact that it's just interesting to learn a little more about what makes each department tick!

Hearing it from the Veterans

Day two brought a couple of different outlooks on the start-up journey: one very much from the inside, and one from the world of funding and capital (the fuel that goes into the rocketship). Start-up veteran Kasper Hulthin, former CEO and founding member of Peakon, Podio, and other ventures, joined us to relay his tales of the good, the bad, and the downright weird of working in the start-up space.

Answering our questions with humor and honesty, Kasper explained why he’s made the decision, not just once but several times in his career, to found a start-up and take it from initial concept right up to a fully-fledged, sustainable business supporting a great product. There are easier options out there, but, as Kasper told us, this is not about taking the easy route. It’s about loving the challenge.

This idea was echoed later in the day when we were joined by Forecast board member and investor, Niels Vejrup Carlsen, General Partner of SEED Capital. Specializing in Danish start-ups that leverage technology to disrupt existing ways of working and create new opportunities, SEED and Forecast are natural partners. While explaining the nuts and bolts of funding a start-up, Niels revealed why SEED Capital was so excited to get behind Forecast. Since first encountering Forecast, Niels has been impressed by the energy and the vision of the entire team. It takes a lot to get to where we've already ended up; he's keen to see where we take Forecast in the future. 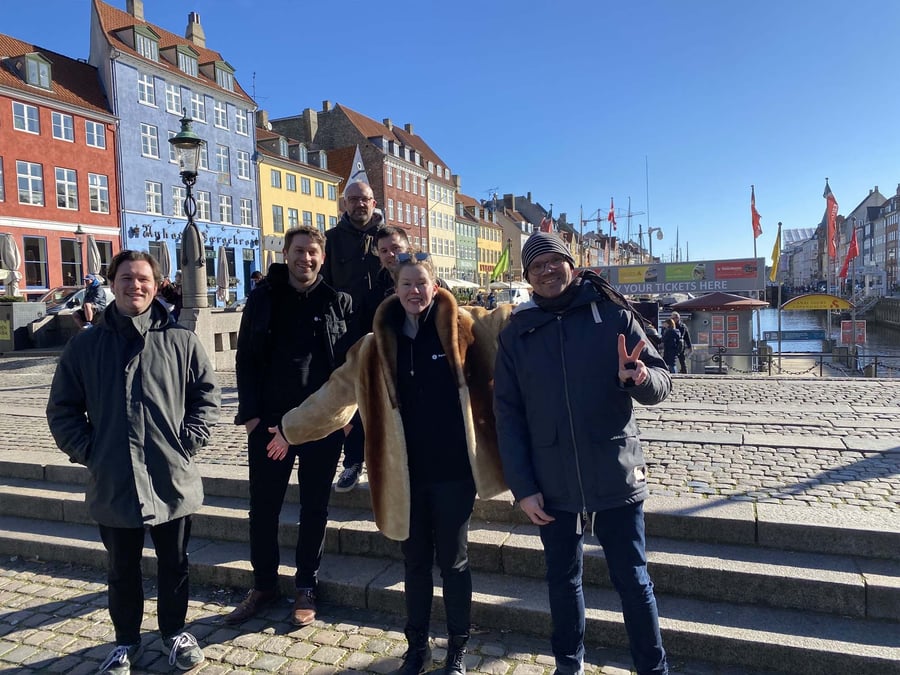 And though the talks concluded the more formal, work-related proceedings, that was far from being ‘a wrap’. The Copenhagen crowd were not going to let the Londoners leave without experiencing their beautiful city. To raise the stakes, a dose of friendly competition was added into the mix. We were give a challenge: ten iconic locations; two hours; forty-three questions; and selfies - lots of selfies. With the clock counting down, and mystery prizes hanging in the balance, we put our walking shoes on and got to it. We certainly got our 10,000 steps in (and the rest).

This year's Kick-Oomph was a huge success, but it would be remiss not to acknowledge the hard work involved! Special thanks and appreciation have to go out to the impeccably organized Lovísa Jónsdóttir and Nicholas Hansen for coordinating the event. They absolutely nailed it.

Next year, the UK troupe will return the favor in kind for Denmark and US-based Forecasters by acting as the welcoming committee and guides to London (advanced warning: do not expect such lovely weather as we experienced in Copenhagen!).

By this time next year, our team will have expanded substantially, as our growth ramps up and we keep looking ahead to the next goal. It's an exciting time to be a member of Forecast, and though our team keeps getting bigger, we hire for culture and values fit. The Forecast team is full of great people, and that will never change. We may have a few more faces to welcome at the next Kick-Oomph, but it will be just as good.

Think that Forecast sounds like a great fit for you? We’re hiring! Check out our latest open opportunities to see if you spot a role that could be the next big step in your career. 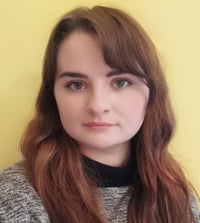 FAQ: What is Resource Planning Software?
Getting Started with Resource Management
6 Resource Allocation Best Practices You Can't Afford to Ignore
The Long & Short of Resource Leveling
The Beginner's Guide to Resource Utilization
How to Balance Peaks & Troughs of Resource Activity 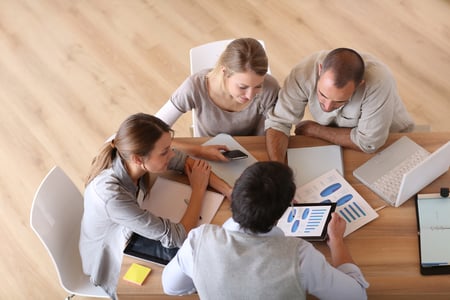 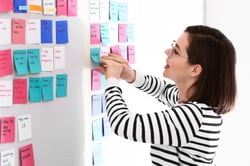